About ISoP - In Memoriam

Remembering colleagues and friends who have passed away – they will be sadly missed in our pharmacovigilance community.

David J Finney: the founder of pharmacovigilance
I Ralph Edwards

David was a remarkable, modest person and wonderful as a friend. His scientific achievements in mathematics and statistics are numerous and are well recorded at the James Lind Library (see www.jameslindlibrary.org/finney-dj-1965/), but he was also a traveller, a raconteur, kind, and yet determined. He had a profound interest in people and their welfare and happiness, certainly not as an amorphous statistical group.
He was the originator of the concept of pharmacovigilance. His pivotal 1965 paper about his original far-reaching thoughts after the thalidomide tragedy was entitled “The design and logic of a monitor of drug use”. He wrote it whilst on sabbatical leave at Harvard:
“The aim must be to create conditions under which hitherto unsuspected associations between a drug and a reaction in a patient are recognized as early as possible. To this end, emphasis should be placed on the recording of events (his emphasis), untoward happenings in patients, rather than adverse reactions.”
“Even the simplest type of recording, in which events are recorded but very few attendant circumstances, could have drawn attention to the rapid increase in phocomelia in West Germany… A system of control cards could be used to follow trends. If recording is more full… great opportunities arise for the detection of important associations”.
So David Finney was the first to see the potential of patient monitoring for adverse events. Note that he was mainly concerned with what the patients experienced as an outcome of their treatment, rather than just considering the effects of the drugs.
David Finney’s brainchild has become a reality through the WHO Programme for International Drug Monitoring and the Foundation Collaborating Centre in Uppsala. Moreover, at least a vision of his ideas is held in almost every nation in the world: to consider the outcomes of the treatments we use in medicine and to find out whether medicines work well in real-life medical practice in very different contexts. Whilst David noted that a systematic approach was necessary and that it would be costly overall, he also pointed out the potential long-term savings. Most countries accept the truths of that, even when they may not have the resources to bring about the necessary changes. Around 130 countries have systems to monitor safety of medicines.
The whole world, therefore, has benefitted greatly from this one person. More of his relevant thoughts in the broad area of patient outcomes and individual patient monitoring are collected in the UMC book ‘Writings in Pharmacovigilance’.
The depth of David’s concern about science as well as people was expressed in his writings about the misuses and misunderstandings of statistics. One of his papers on statistics was entitled, ‘A necessity for living or a source of nonsense’. In this paper he talks about the dangers of extrapolating results citing, as an example, the following. Results from 1400 patients admitted to 28 hospitals in two states of Australia showed a 16% rate of ‘adverse events’ causing prolongation of hospital stay and even death. He took issue at using this 16% figure in combination with data from a different study that showed there were 2.8 hospital admissions overall in the country annually. Incorrect extrapolation in using the two results from different studies gave the scary, but wrong, interpretation of 450 000 patients that may have such a serious drug related adverse event annually in Australia.
Nor was David short on delightfully quiet and ironic humour. In his paper, ‘Support and illumination’ he commences with a joke: “Too many people use statistics as a drunken man uses a lamppost – for support rather than illumination!”, and then he proceeds to discuss the confusions in terminology in the jargon terms of statistics and the same words in common English use, such as ‘chance’, risk’, ‘probability’ and ‘not significant’.
I have enjoyed several opportunities to chat with David over the years and to see him in action too, but one of the most poignant was at an International Society of Pharmacoepidemiology meeting in Edinburgh where he was the first Professor of Statistical Sciences. He was sitting alone in a corridor where conference delegates were hurrying to their coffee between sessions: nobody talked to, or even recognised him. He simply sat still and gazed out of the window, apparently deep in thought. When I spoke he said, “Oh hallo” as though I saw him every day. I asked him if he had been in the meeting, and he said he thought he might not understand it. It didn’t take much to persuade him to sit in on a session, nor did it take long before he corrected a presenter who reported a 119% increase in x, pointing out gently but firmly that, “Per cent means ‘out of a hundred’.”
I shall not forget David and I wish more of you had been able to enjoy this gentle-man’s company, but I am also pleased that we had him with us for more than 100 years. His family must be very proud of him and we hope that the knowledge of his importance to so many might offer a little comfort to them.

FOOTNOTE: On 18 November 2009, Professor David J Finney was interviewed at his home in Edinburgh (in his 92nd year) by Jan P Vandenbroucke on behalf of the Royal Statistical Society of Great Britain of which he was past-President, and for The James Lind Library. There you can find more about this great man’s life.

It is with great sadness that I write on the passing of our colleague and friend Dr. Ana Maria Corrêa Nunes on 24th of December 2017.

Ana obtained her medical degree in Lisbon in 1972 and specialized in Internal Medicine and Cardiology. After a few years of clinical work she switched to the pharmaceutical industry and later to INFARMED, the Portuguese national medicines authority. But Ana’s work went beyond the borders of Portugal.

I met Ana when she came in Uppsala in 1998 working on the process of generating signals from international data. I had recently started a new job at the Pharmacovigilance department of a company in Uppsala, and our meetings became the beginning of many years of friendship, and sharing of knowledge and ideas. Ana later became a member of the UMC signal review panel.
Ana was the first Secretary-General of the International Society of Pharmacovigilance (ISoP) (2000-2003), under Prof. Ralph Edwards’s presidency. Many of us know Ana from ESOP and then ISoP and will treasure fond memories from ISoP conferences in different parts of the world.

In 2005, Ana became a Member of the Committee for Orphan Drugs (COMP), at the Europe Medicines Agency and a few years later she joined the ENCePP Steering Group.

Ana was devoted to her work, determined to do what was right, and improve the life of patients. However, she always found time for friends and family. She had high integrity and was a very caring person, with a lot of good sense of humor. Ana loved the arts, opera, fado, orchids and everything that was beautiful. She also became a true expert in decorating cakes with sugar art.

It has been a privilege for me to have been a part of Ana’s life, which ended much too early. She passed away from a rare disease for which there is as yet no cure. Ana wanted us all to continue to improve pharmacovigilance and contribute to development of new treatments. 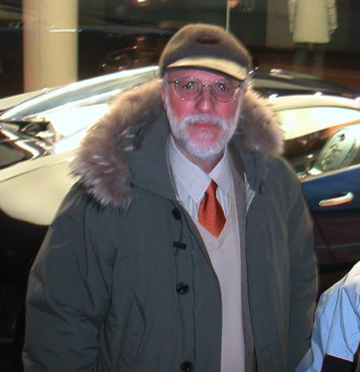 We are deeply saddened to report the death of Professor Giampaolo Velo past ISoP President (2003-2006) who died in Verona Borgo Trento hospital in Italy on August 17, 2017.
He will be greatly missed by his ISoP colleagues and friends and we are most grateful to Professor Nicholas Moore (past ISoP President (2006-2009)) for providing the obituary below.

He was professor of Pharmacology in Verona, director of the institute of pharmacology of the universities of Verona and Padova, of the regional pharmacovigilance centre of the Veneto Region, of the reference centre for education and communication within the WHO Programme for International Drug Monitoring.

He was president of ISoP (2003-2006), which he opened to Asia with the Manila Meeting and chairman of EACPT of which he was a cofounder, and on the editorial board of most European journals in our field.

Over many years, he organised meetings in Erice for the Fondazione Ettore Majorana, which were typical of him: in a beautiful place, with extreme collegiality based on sound traditions (Marsala after dinner), with serious work in the daytime, resulting in communications such as the Erice Declaration on communication in Pharmacovigilance, or a special issue of British Journal of Clinical Pharmacology on Herbal Medicines. His curiosity was immense, and took him all over the (pharmacological and public health) world, where he knew everyone and everyone loved him.

His kindness was infinite, his hospitality legendary. Certainly entirely thanks to Giulia. He loved her to the point of having a car in her name (a giuletta, of course).
We grieve for her, for his children, for all of us. We are all his orphans.

See Giampaolo’s conference on ecopharmacovigilance in Bordeaux in November 2008:
Click to view.

René-Jean Royer, born 8 may 1931, professor of Clinical Pharmacology in Nancy, left us in July 2016.

He presided the French national Pharmacovigilance Commission. He also presided the Pharmacovigilance Working party of CHMP, first in Brussels then in London, the predecessor to PRAC. In fact, with his many friends he was present and instrumental at all the important points in the foundation of European Pharmacovigilance. Many of these friends have preceded him (Sue Wood, Ron Mann, Chalbi Belkahia, to cite but a few), but many others remain and grieve him.

He was a profoundly just and caring person, who nurtured science and cohesion, left a powerful team in Nancy and a vibrant French Pharmacovigilance System. Discussions with him were always insightful. Even though he was often seen more as a politician of Pharmacovigilance, he was no less a scientist, and published over a hundred papers between 1969 and 2000, on rheumatology, clinical pharmacology and pharmacovigilance.

As the two other « French Presidents » of ISoP our grief is acute, but we share it with many others whose grief is no less strong, among whom the members of ISoP worldwide. We also share this grief with his wife and daughters, one of whom was also member of Isop’s executive committee.

ISoP and the global public health community have lost a dear colleague and friend who showed unwavering lifelong passion in protecting and acting in the interests of patients especially those whose voices went unheard.

Dr Herxheimer became a honorary member of ISoP in October 2010, at the General Assembly in Accra, Ghana. Always active, he was a keen supporter of ESOP (European Society of Pharmacovigilance) and thoroughly enjoyed attending the Society meetings and welcomed the opportunity for lively debate in a way that will be fondly missed.

Our thoughts and prayers are with Dr Herxheimer’s family and friends.

It is with great sadness that we have learnt of Professor Chalbi Belkahia’s passing.
ISoP and the World of Pharmacology have lost a dear colleague and friend.

An Emeritus Professor, ex-dean of the Faculty of Medicine of Tunis, a distinguished doctor, loyal, and always proud of his students, he will be remembered for his scientific and public health contributions at national and international levels; at ISoP we will remember how much he was dedicated to Pharmacovigilance and to ISoP.

Prof Chalbi Belkahia was an Executive Committee member of ISoP in 2002-2003, a keen participant in ESOP (European Society of Pharmacovigilance)/ISoP meetings and he played an important role in the founding of the Society internationally by organizing successfully the very first international ISoP annual meeting in 2001 in Tunis-Carthage, just a few weeks after 9/11.

He was Vice-President of the Society from 2003 to 2006 and became a honorary member in 2010.
He will be missed and today our thoughts and prayers are with Prof Belkahia’s family and friends.